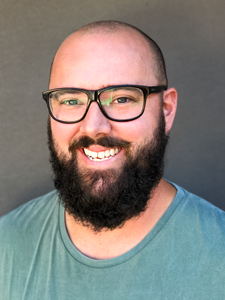 Scott began attending Grace Bible Church at Holland Park in the early 2000’s. He attended for a couple of years before moving to South Africa where he was involved in voluntary aide work at a children’s orphanage. During this time, he met his wife Stacy, a native to California, and followed her home. They spent their first married years in the San Francisco Bay Area, before moving their family to Brisbane in 2013. Home life is busy with their 4 young children.

Scott grew up in a solid, Christian home and is grateful for the consistent and faithful teaching of God’s word from a young age. As he grew into his late teens, the Lord gently showed him that he couldn’t rely on the faith of his parents. Scott started to seek out his true Saviour, Jesus Christ, for himself.

Scott spends his days as a photographer, focusing on real estate. On the weekends you will often find him at the beach or on a hike with his family.