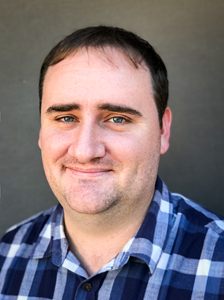 Reuben was born in Brisbane but spent most of his childhood growing up in Thailand and India. After finishing high school, he moved back to Brisbane where he met his wife, Donna. They now have three young children.

Being the son of missionaries, Reuben had the privilege of growing up in a Christian home and got to see the sacrifice his parents made for the gospel. After God revealed to him his sin at a young age, he gave his life to Christ, knowing that only through Jesus could he reconcile his relationship to God.

Reuben is an electrician by trade but works as an engineering officer for a local utility.