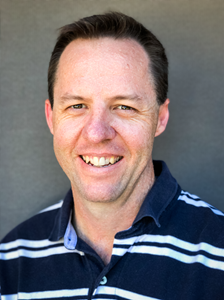 Michael has served in the Grace Bible Church network since 2005, becoming an Elder at Corinda in 2016.

Michael grew up in New South Wales and still proudly follows his home state. He is married to Sarah and has two wonderful and energetic sons.

While he was brought up in a Christian family and attended church from a young age, it wasn’t until his mid-twenties that he became serious about his faith. At that time he understood the weight of his sin, but also the awesome love and forgiveness of Jesus Christ.

He works in the finance industry and enjoys playing and following a range of sports.